A downloadable game for Windows

A short (about 15 minutes) horror game. Explore the sea floor, catch fish, sift through silt to find objects, study in your lab, try to find Eden.

This game is best played with mouse and keyboard. Press F4 at anytime to engage fullscreen mode.

If you liked this game and are interesting in chatting about it or other Yames games,  consider dropping by my discord server and/or signing up for my Patreon page! I'll be posting about Water Womb World's development process for my patrons and also going into detail about its inspiration.

What an experience! The universe you're able to create in under 20 minutes of game play is incredible. I loved the atmosphere and the look of this game. I played this for my Bloodcurdling Barrage, in which I do daily videos for all of October.

I don't even fully comprehend what happened to me in this game but I loved it. You make such creepy and unsettling atmosphere in your games and it makes them stand out against all the other jumpscare bs out there.

Would you happen to know what typeface is used? I love the font. Great game besides that, of course.

yeah, not sure you didn't already get the answer in the discord, but just in case, it is MS Gothic

Hell yea man, this is the kind of game that makes sifting through itch worth it. The style, the audio, everything in this game felt like it needed to be here. Excited for what you do next.

Loved it, still waiting for Lips for Velum though.

Love the concept! Great atmosphere and visuals for what it is! I became much closer to GOD

I loved everything, the concept, the visuals, the gameplay and the sound. Thank you for bringing this to life, this is extremely inspiring.

Wow, this was definitely an intriguing experience. I haven't played a game this creepy in long while. I liked how this game built up the atmosphere of the story until the very end. This was a very enjoyable horror game, keep up the great work! I made a gameplay video for this game if anyone is interested in watching. Thank you for your time and have a nice day! :)

Youre such a cutie. I Subbed! :)  I love your whole vibe

wonderful as always yames!! truly unsettling in the most raw way possible. only wish there was so much more!!

Very bizarre but very intriguing. I really enjoyed this!

I am absolutely in love with this! Amazing work my man!

This is so far one of the best indie horrors I've ever played! Absolutely loved it! Keep 'em coming! (Note: the title of the video is a joke, so don't worry haha)

I absolutely loved this. The atmospher was incredible in a way thats hard to describe. Very goog game.

Its interesting how all of the games that I have seen from Yames delve into some obscure philosophy, Discover My Body delving into the Deleuzian concept of the body without organs and now Water Womb World diving into (no pun intended) Western Esoteric works.

I'm not usually a fan of games in general, but I seemed to have stumbled upon yours by, lets call it, an anomaly.  What made me enjoy your (Yames) games in particular is the "virtualization" and "visualization" of particular philosophical concepts mixed with some lovecraftian influences.

Hats off to you Yames, you've done an exceptional job at presenting these concepts to the masses, whether done intentionally or by complete chance.

I had a lot of fun playing this game. It was very atmospheric, horrific, and it definitely pulled me in.

Pretty good game, you got a real style.

This game is GREAT. loved the graphics and story. very compelling and I have to say I can't wait to see what else ya got up your sleeve. Keep at it my friend.

this was a very cool game! the atmosphere is wonderful, i got really creeped out.

Loved this experience. For some reason I had a hard time on the second collection mission and it took me way too long to catch one of the live specimens- I'm sure that's just me sucking though, haha. Underwater sci-fi horror is such an under-explored genre in my opinion (no pun intended). SOMA is one of my all-time favorite games and Water Womb World definitely reminded me of it, especially at the end (which revealed their similar themes). The mirror was a nice touch of foreshadowing that gave me a sense of dread from the get-go.

Thank you for making this game (and releasing it for free)!

This is the first game of yours that I've played and I'm happy to see there's several on itch.io for me to play next- I'm sure I'll go through them quickly so I'm also anticipating your next release.

P.S. This is so off-topic but I have to rant a bit about SOMA being tragically underrated/underplayed, especially compared to Amnesia. With SOMA, Frictional Games improved on every aspect of their game design, writing, art style...yet because it's not straight up horror in a castle or whatever a lot of people (including Amnesia fans) just passed it up and it's such a shame. I don't get those folks lack of enthusiasm because to me, the depths of the ocean is one of the most alien, mysterious, isolating, and all-around existentially scary environments imaginable. My point is that you, WWW dev, obviously "get it" because you really did the deep-sea setting justice in this neat, creepy little game! :)

Hello! Is there any way to run this game on a mac? If not that's fine but I'd love to try it! Hope this isn't too much of a bother to ask. Thank you!

Not the dev but you could try with a windows virtual machine https://www.howtogeek.com/191615/how-to-play-windows-pc-games-on-a-mac/

ah thank you!!! this is something I've been meaning to look into for ages :')

I play Windows games on my ol' Macbook using Bootcamp :)

It's a process to set up but it makes it so you have both operating systems and can switch between them whenever (by restarting your computer and selecting which one to boot into). It's worth it though if you can figure out how to do it or get someone more computer-savvy to help you. Now I have the best of both worlds on my Mac: I can install & play Windows-only games on my Windows partition, and install & use Mac-only programs on my OS X partition.

(The virtual machine idea that Matute295 suggested is also a fine option, but games will run better if you actually have Windows running on your computer via Bootcamp)

thank you so much for the reply! i think i have a copy of windows xp somewhere around here so maybe one day i'll figure it out. ive been able to run most windows things so far by chucking them at wine but the files for this game confuse me :'D

Yeah can you even install a legit version of windows onto a mac? Sorry if that's a stupid question lol I seriously am not sure. But also, I had issues with Wine trying to play Diablo 2 so that's why I originally just did the hard drive partition with the separate OSs. It works much better because each one just works as normal.

holy SHIT this game is so good dude. anyone a fan of scifi horror, this is a must-=play for you. in true yames fashion, this one is an intelluctual mystery masterpiece, with some really deep philosophy about religion and the origin of human life. be prepared for a fucking awesome but short ride!

Interesting but weird, 'Gods' in a story always make for strange things these days

So atmospheric! I had so much fun playing it, thank you! I loved the glitchy oldschool aesthethic. So coooool!

Reply
zarazlf135 days ago
This game wasn't that bad, it was fun a bit
Reply
ipaqmaster135 days ago

Well done on yet another bone chilling game. Damn it was scary!

Towards and including the end reminds me of Evangelion. Is that something you've drawn from?

Thank you for playing! I'm very happy you liked it.

iwan! I love your channel btw!

i just completed your game and it wasn`t that hard it was fun and amazing i like it! hope Discover our bodies release Quickly

really nice game, you always make good settings for these :)

Is the game finished and needs no more updates?

I might fix some bugs as they come up, but yes, this is pretty much the full game!

I can't wait to play this. 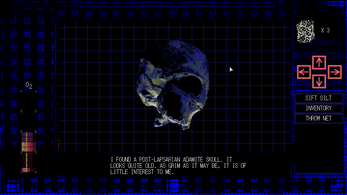 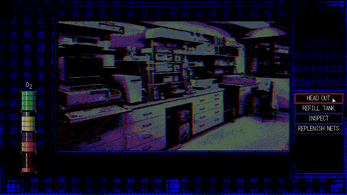 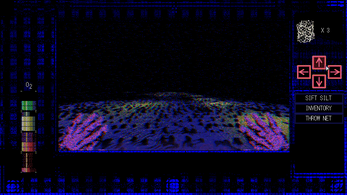 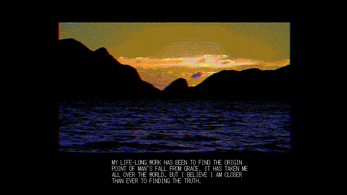