A downloadable game for Windows

A point-and-click horror game made for Darktober Jam 2018.

Speak to creepy spirits, solve puzzles, and escape your captor.

This ended up being more like a short demo than a full fledged, self-contained game, so don't be surprised if it ends a little early. I may even come back to the idea someday, depending on how people like it.

You can hold "T" at anytime to bring up a tutorial screen.

A mouse is recommended for this game!

All assets not made by Yames are taken from creative commons, still I will try to put up a list of "credits" up here at some point.

It's been a while since I played a point-and-click game, even if it's only a demo, the author Yames has body horror and mentions of the Christian religion as recurring elements.

In this case the story seems that of a daughter of a religious man who apparently makes sacrifices for "god", it is difficult to know exactly what is happening but we know that something bad will happen if we stay so we must escape.

The art is well achieved to give a gloomy experience, even though everything seems normal until reaching the fairy hole, it is a curious representation that I suppose is closer to its original representation of strange creatures that could do favors or kill humans with the same ease. I know it's a demo and therefore it's done as an unfinished idea but I feel like it could have been given an ambiguous ending instead of congratulations for playing the game, even though overall it's a satisfying experience for how short the game is.

Reply
DEGRADATION261 days ago
I'm narrating every single Yames game that has seen the light of day, GET IN HERE.

is this ever going to be more than a demo?

just wanted to let u know, its an amazing atnophere but at the beggining i cant seem to figure   oout  how to search the room, its unclear. but, its an amzing game and i understand because its a demo, that it wont be perfect. thank you for ur hard work once again yames

Hello, I played this game and I really liked it, the atmosphere with this black and white style was great imo, good work :)

This was absolutely amazing, I am obsessed with this weird, dark world. I am kinda sad that this is a demo, I would have loved to play the whole story. But even as it is now, it’s such an unnerving experience. Oh, and damn that puzzle, haha, I did figure it out but don’t want to talk about how long it took.

I enjoyed this project, hope you come back to it someday!

Very interesting game, I wish it was longer

Hi I featured your game in my video and gosh that was a trip. I was not prepared for this kinda weirdness.

Absolutely fantastic! I want more! Having to use wasd, arrow keys, and mouse was a bit clunky. Also having the game ask before you exit would be great.

Hi, so iirc the beginning is a cutscene where you hit 'E' to go through the dialogue. Let me know if you managed to get past that part.

This was one of the best games i've ever played. Can't wait for the full version!

Just finished the demo and I'm so intrigued! Can't wait for Velum Children. The mood is so gripping and I adore the art direction.

Thank you so much and thanks for playing! I'll hopefully have the demo out by the end of the month :D

Would you please tell me how you made this game or point me in a direction where I can somehow learn. I was very impressed by this!

Thanks! I used Gamemaker Studio 2 to make this. Mostly I learned the engine by googling how to implement things I wanted to do, or game functions I knew I needed, and then I built off of there. The scripting language Gamemaker uses is pretty easy to pick up.  I also used  Friendly Cosmonaut's Dialogue System (https://friendlycosmonaut.itch.io/dialoguesystem), that was a big help in structuring the portions of the game with dialogue and dialogue choices.

Just played the demo and I love it!!! I'm just sad it ended so fast, i need to know what happens next and what's up with this poor girl's family!

thank you for your kind words and thanks for playing! 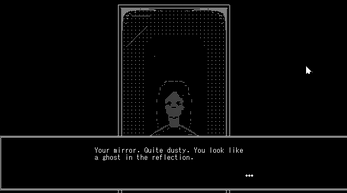 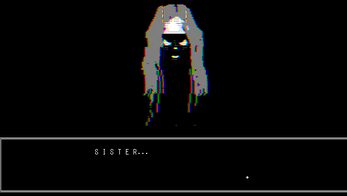